What about the budget?

‘It Can Be Done’: Newsom Touts Plan to Give Universal Health Care to Illegal Immigrants in CA

California gubernatorial candidate Gavin Newsom touted his plan to grant universal health care to illegal immigrants in a recent podcast interview. Newsom (D) said that he was “very proud” that as mayor of San Francisco from 2004 to 2011, he implemented such a policy and that it was done in a cost-effective way.

California one step closer to expanding Medicaid for illegal immigrants

California is one step closer to expanding Medicaid for illegal immigrants in the state, with legislation from both chambers of the legislature that could reach Democratic Gov. Jerry Brown’s desk. The California State Assembly last week passed a measure that would expand a current program, introduced in 2015 by Brown, which provided Medi-Cal coverage for undocumented minors under the age of 19.

Why would CA ‘elected’ officials knowingly collapse the budget?

Money to be made?

BIG PHARMA DONATES HOW MUCH TO CA/NY ‘ELECTED’ OFFICIALS?

COMPARE VS OTHER STATES.

Why are CA NY VITAL areas of control? 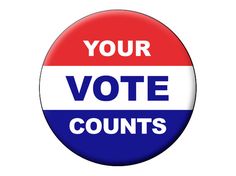 We will do our job to protect the vote.

Will you do yours?