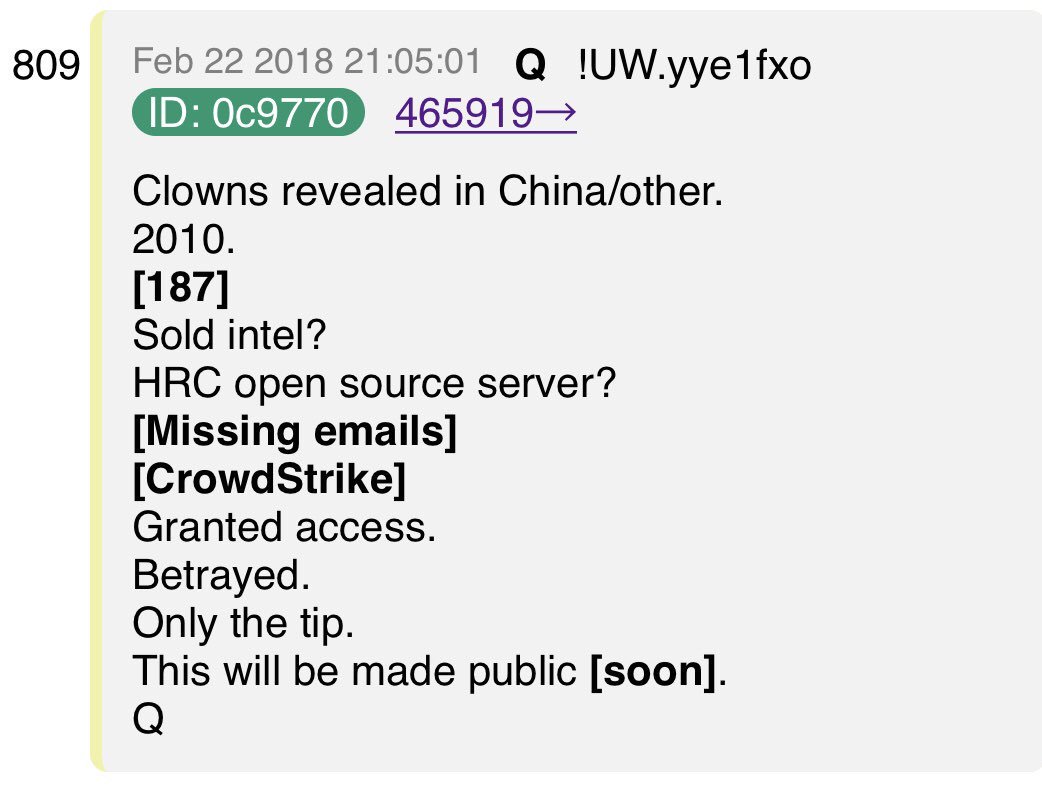 You have more than you know.

I’ll be on Sean Hannity’s @TheHannityShow at 5 pm Eastern today to talk about the Chinese penetration of Hillary Clinton’s private email server while she was Secretary of State. @DailyCaller https://t.co/15OzrLHAa7

CrowdStrike managed the infiltration program based on payments to CF.

Wang Wenliang, a Chinese billionaire and donor to the Clinton Foundation and Virginia Gov. Terry McAuliffe, has been expelled from China’s top legislature after being caught up in a widespread cash-for-votes scheme. On Tuesday, China’s national legislature expelled 45 of its nearly 2,900 members, all from the northeastern province of Liaoning, in a huge vote-buying scandal.

The More You Know…