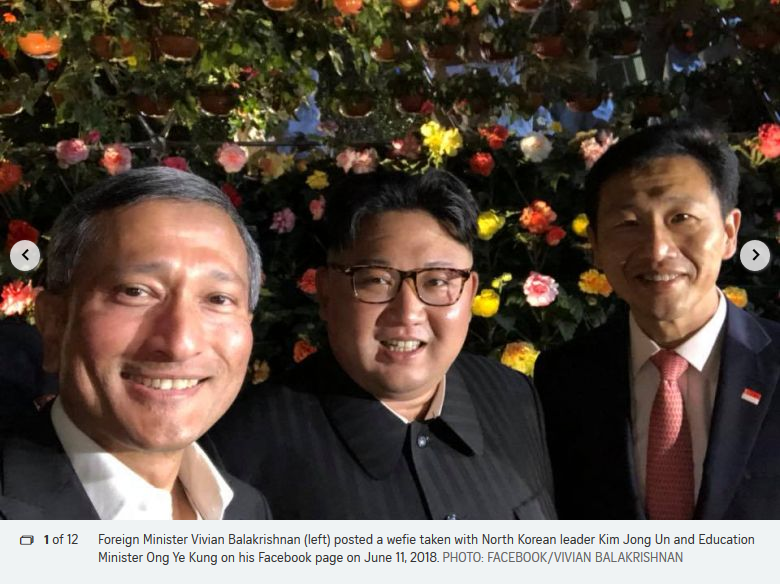 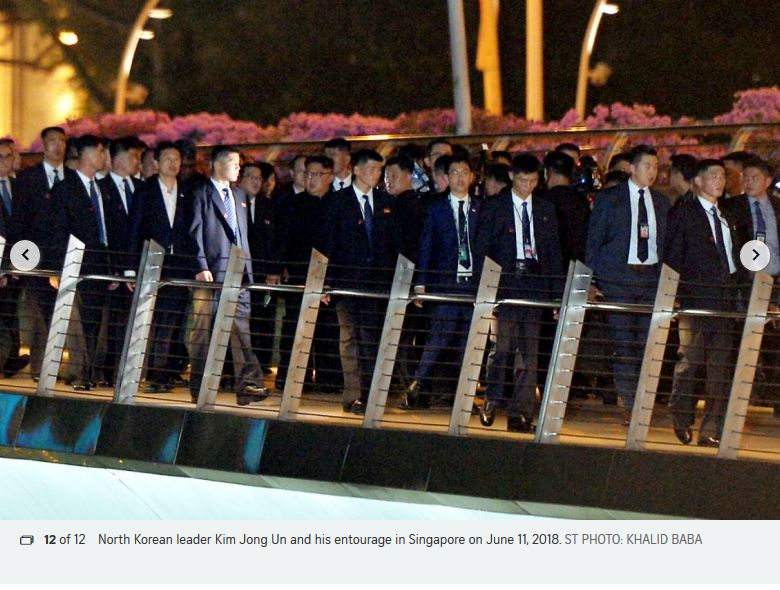 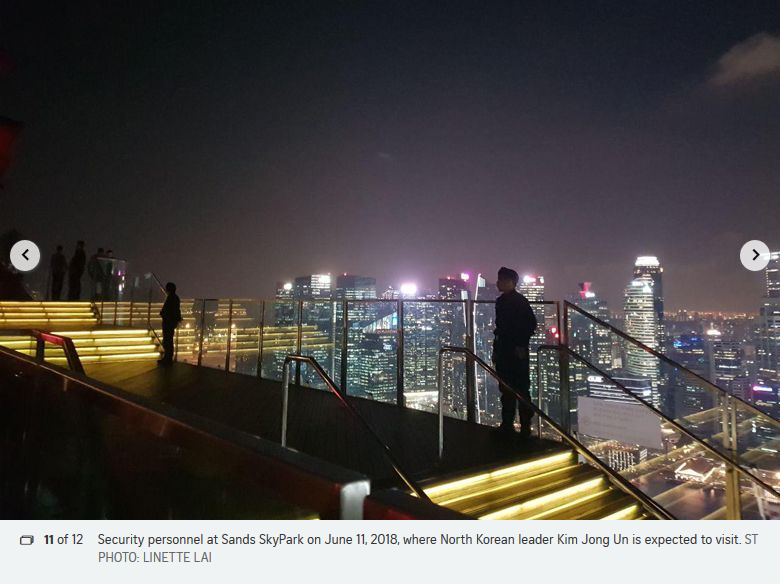 SINGAPORE – North Korean leader Kim Jong Un is spending his second night in Singapore on a mini tour that includes some of the Republic’s best-known sights such as Gardens by the Bay and the Marina Bay Sands (MBS) integrated resorts.

At around 9.10pm on Monday (June 11), his motorcade was seen leaving the St Regis Hotel in the Tanglin area where his delegation is being housed at, before driving past the Raffles City area towards Marina Bay.

Mr Kim, who arrived in Singapore on Sunday ahead of his historic summit with United States President Donald Trump in Sentosa on Tuesday, stopped by Gardens by the Bay first and is expected to also visit the MBS SkyPark or the nearby Merlion Park.

At around 8pm, the observation deck of the 57th-storey sky park at the MBS, which offers panoramic views of Marina Bay and the central business district, was closed off to the public, ahead of its usual 10pm timing.

Mr Kim, who is North Korea’s Chairman of the State Affairs Commission, may also visit other sights such as the Esplanade performing arts centre.

The mini-city tour will cap a rather quiet public schedule for Mr Kim on Monday, compared to his officials and Mr Trump.

Apart from a meeting with Singapore’s Prime Minister Lee Hsien Loong at the Istana on Sunday evening, Mr Kim has not been seen stepping out of the St Regis hotel in Orchard Road where he and his delegation are being housed at.

In contrast, Mr Kim’s officials were seen earlier on Monday meeting with Singapore and American officials – making courtesy calls or engaging in last-minute talks over the one-day summit.

Gardens by the Bay.

Everything shown has meaning.

You are watching a ‘scripted’ movie.