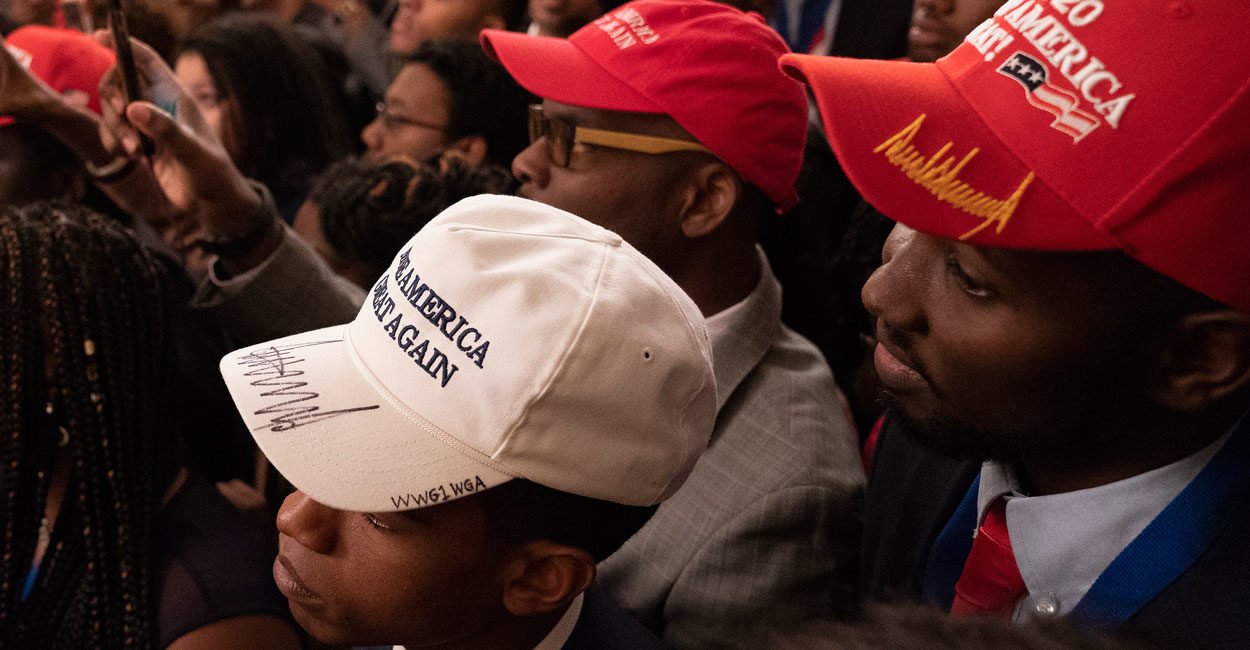 Ask yourself a very simple question.

Why is the FAKE NEWS media continually expending resources to defame, debunk, and cast as a conspiracy, for, as they say, a nobody who started on 4chan?

Why did the FAKE NEWS media attempt to cast blame of recent events on the ‘Q’ movement?

Was it an attempt to silence?

One year later, had the QAnon movement finally passed?

For a conspiracy theory that’s made it all the way to the White House, QAnon had an inauspicious start. But one year ago today, it kicked off.

Untrue news stories about George Soros and the migrant caravan seek to dominate social media head of the US elections.

Opinion | Trump thinks he can rewrite the Constitution. Guess what comes next.

This president can just do it with an executive order, you know.

Opinion | The mail bomb suspect and the right-wing conspiracy machine

The narrative of right-wing radicalization in this week’s bombs story has drawn attention to a frightening phenomenon.

Conspiratorial thinking has always been with us – the grassy knoll, the moon landing, the Freemasons. But it has been turbocharged in the Trump era.

Robert Bowers, the man arrested in the mass shooting Saturday at a Pennsylvania synagogue, has no apparent criminal record. He was registered in Allegany County, which includes Pittsburgh, as an unaffiliated voter.

Feel the love, feel the hate – my week in the cauldron of Trump’s wild rallies

On the eve of the midterms, the most powerful man on earth corrals his troops around two visions of America – one full of hope, the other one much darker – and tests the ground for 2020

Kicking Gab off the internet won’t kill online extremism. It may make it worse.

Pushing extremism to darker corners of the web may do more harm than good.

The man who authorities say opened fire in a synagogue in Pittsburgh, Pa., on Saturday morning had a long history of posting anti-Semitic messages on the Twitter alternative Gab.

What we know about the Pittsburgh shooting

What we know so far about the shooting at the Tree of Life Congregation Synagogue in Pittsburgh.

Can we please not talk about President Donald Trump for a day or so?

Suspected shooter, who has been identified as Robert Bowers, expressed hatred online for Jewish ‘infestation’ ■ Two hours before the attack, he wrote a post on social network Gab in which he assaulted HIAS, a Jewish U.S. organization helping refugees

Study: Online attacks on US Jews ramp up before Election Day

ADL says ‘anti-Semitism has become normalized’ under Trump, with midterms a ‘rallying point’ for extremists

The image-sharing app Instagram is increasingly becoming a home for hate speech and hoaxes, even as its parent company Facebook works to stamp out troublesome content ahead of the midterms.

Accounts often mount the most “worrisome and harmful” anti-Semitic attacks, sometimes orchestrated by leaders of neo-Nazi groups, the researchers said

The suspect arrested at Saturday’s mass shooting at a Pennsylvania synagogue appears to have been a virulent anti-Semite.

In a statement in response to the shooting near a synagogue in Pittsburgh, President Donald Trump contented that the “devastating” outcome would have been different if the synagogue …

After the horrific shooting at the Tree of Life Synagogue on Saturday morning, the world has learned that the suspect was a Trump-hating anti-Semite. Yet somehow, that gives liberals the reason to blame President Trump and his supporters for the tragedy.

We are living in an age of political paranoia – Hot Air

Kelly’s analysis applies just as much-perhaps more so-to the Trump era, when the president himself, having won the White House by tapping into a powerful anti-establishment ethos, embodies a skeptical and sometimes paranoid view of government.

Just a few days ago we were talking about the Trump supporter who sent bombs to Democrats. Today we saw another act of domestic terrorism, but sadly this one resulted in multiple deaths. Before opening fire in a Pittsburgh synagogue, Robert Bowers yelled “All Jews must die!”

Robert Bowers had a social media presence on GAB, and it’s filled with anti-Semitic and anti Trump comments.

The man who authorities say opened fire in a synagogue in Pittsburgh, Pa., on Saturday morning had a long history of posting anti-Semitic messages on the Twitter alternative Gab.

The death penalty has existed for as long as there have been laws. In the 18th century BC in Babylon, the Code of King Hammurabi…

The social network on which the alleged Pittsburgh shooter spewed vile antisemitic conspiracy theories is finding itself at the centre of unwelcome scrutiny.

Bowers, an avowed anti-Semite, allegedly shouted “All Jews must die!” before killing at least eight people at the Tree of Life Congregation.

Trump, the Jews and anti-Semitism: A dangerous double game

‘I am the least anti-Semitic person that you’ve ever seen in your entire life,’ the U.S. president declared one month after not mentioning Jews while marking Holocaust Remembrance Day

Will QAnon Go Down as the Dumbest Story of the Year?

Qanon, latest in political quackery, doesn’t just create an alternate reality using existing conspiracy theories – it ties them all together

Gab has marketed itself as a home for extremists kicked off of other social-media platforms.

Sorry, Trumpies, this was no false-flag leftie or Unabomber in the woods. He is Trumpism uncut and unplugged. Deal with it.

ALL FOR A LARP?

[ATTACK THOSE WHO THREATEN YOU THE MOST]

Are we subject to the Hatch Act?

Cannot point to any particular candidate or party prior to Nov 7?

WE ARE IN THIS TOGETHER!

THIS MOVEMENT HAS NO SKIN COLOR.

Attempts to label all those who challenge their narrative as ‘racists’ ‘white supremacists’ will fail [predictable].