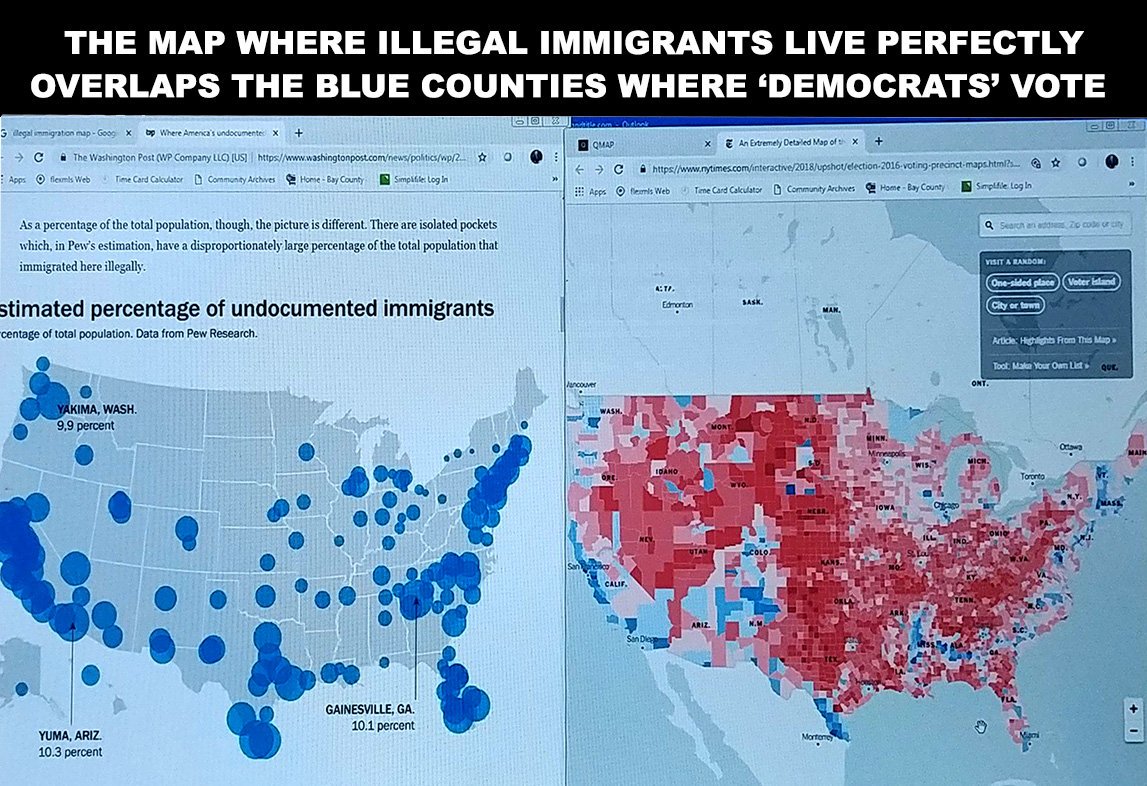 WHAT IF THE BELOW COULD BE PROVEN?

4-Election + D party officials in [XX] locations across the US [under lock key] stored many thousands of ‘blank’ ballots for purposes of ‘altering the vote total’?

How many ‘blank’ ballots are generated vs. total county pop?

THE CONTROL AND ISSUANCE OF BLANK BALLOTS IS KEY.

Why did the same counties [under dispute today] REFUSE to turn over voter registration information upon request to the Voter Fraud Commission?

Why was the Voter Fraud Commission disbanded and turned over to DHS?

What vested auth does DHS have compared to a commission body?

Without evidence, Trump and Sessions warn of voter fraud in Tuesday’s elections

November 5 President Trump and Attorney General Jeff Sessions on Monday issued strong warnings about the threat of voter fraud in Tuesday’s elections, echoing the president’s baseless claims that massive voter fraud marred his 2016 election and prompting accusations that his administration is trying to intimidate voters.