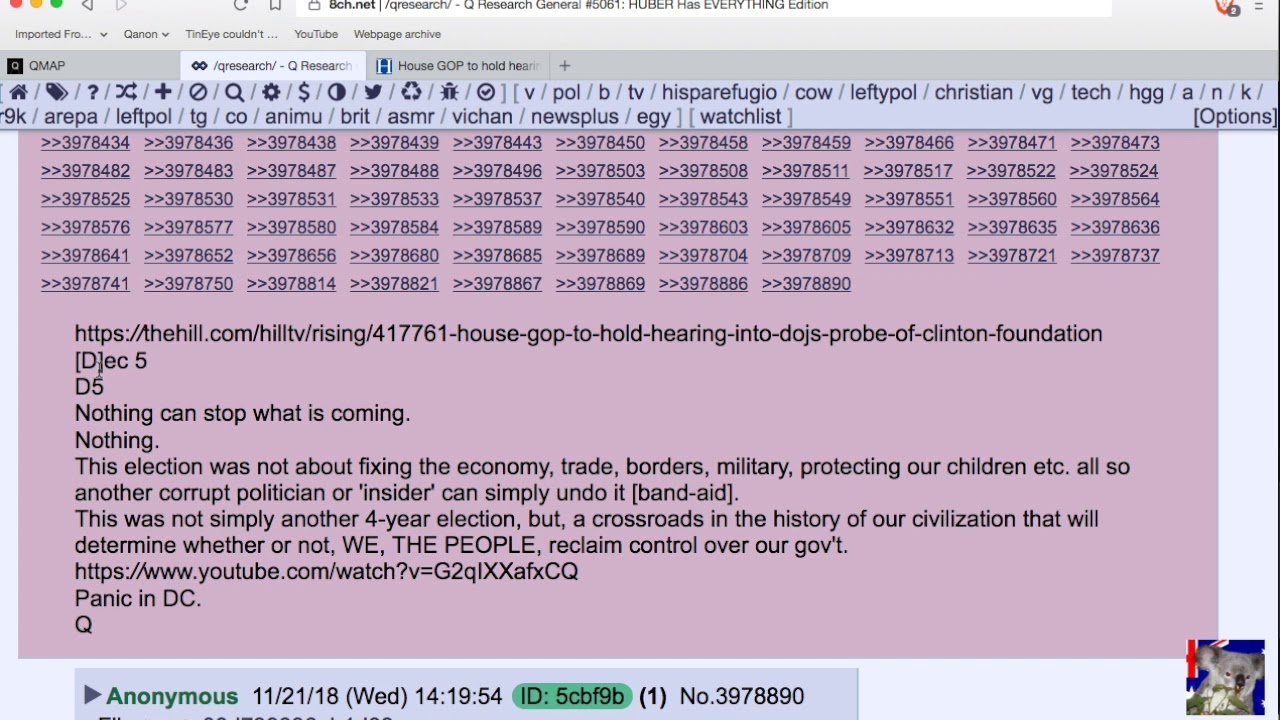 Clinton Foundation donations drop 42% – which shows that they illegally played the power game. They monetized their political influence through the Foundation. “During her tenure the State Department was put in the service of the Clinton Foundation.” Andrew McCarthy

Everything stated has a purpose.

Do you believe in coincidences?

Be ‘extremely’ vigilant in Dec.

THERE ARE BAD PEOPLE WHO PRETEND TO BE GOOD.

“Trump’s Enemies: How the Deep State is Undermining the Presidency” reads in part like the president’s Twitter grievances in book form. Corey R. Lewandowski and David N. Bossie portray Trump as a victim to disloyalty on his staff and “swamp creatures.”

THOSE [MOST] WHO LEFT THE WH DID NOT HAVE A CHOICE.

TRANSPARENCY IS THE ONLY WAY.