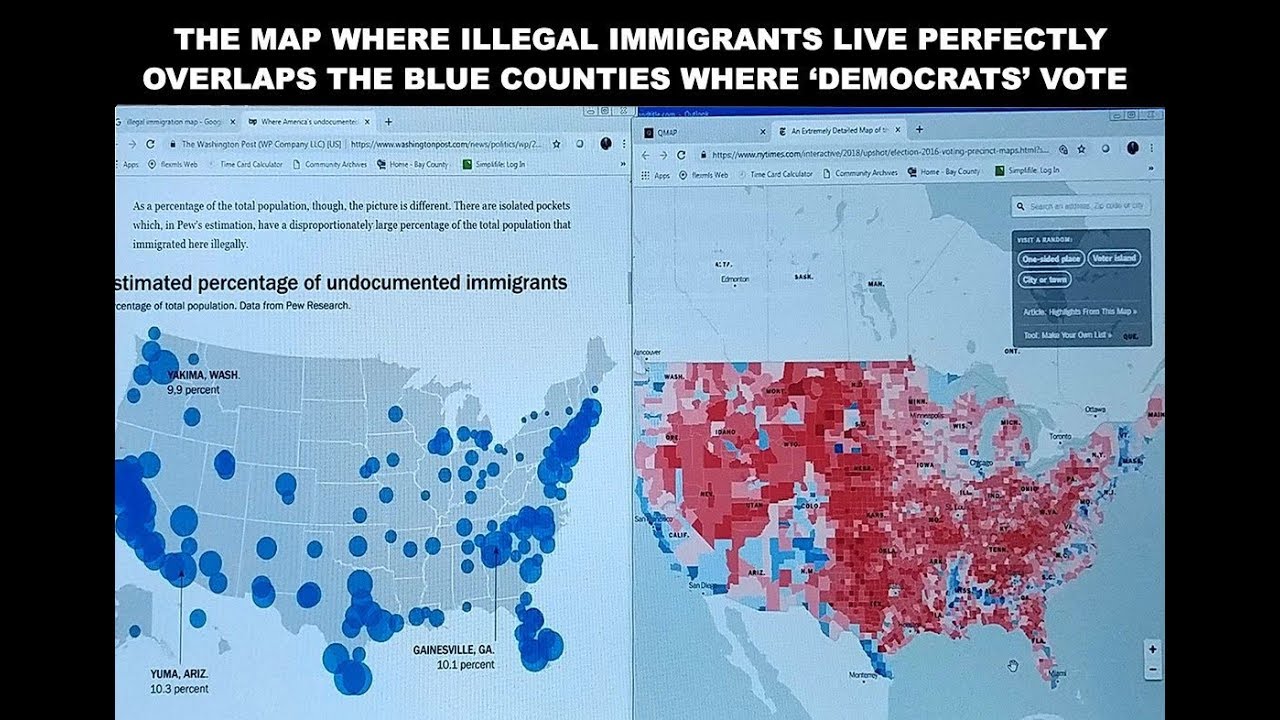 Acting Attorney General Matthew G. Whitaker and Secretary of Homeland Security Kirstjen M. Nielsen yesterday submitted a joint report to President Donald J. Trump evaluating the impact of any foreign interference on election infrastructure or the infrastructure of political organizations, including campaigns and candidates in the 2018-midterm elections.

What about Domestic interference?

Why do D’s push for NO VOTER ID in U.S. elections?

Why do D’s push for OPEN BORDERS?

What SC decision (6-3) ruled VOTER ID did NOT suppress votes or deter minorities?

WASHINGTON (Reuters) – The Supreme Court on Monday upheld a tough state law requiring voters to show photo identification, a decision critics say could keep some blacks, poor people and other traditional Democratic supporters from voting in the November election.

What (FALSE) ‘narrative’ is pushed by D’s re: VOTER ID LAW?

Should an ID not be required at all (for any reason) given the argument made by D’s?

Does the argument ‘A NATIONAL VOTER ID LAW would suppress the minority vote’ suggest minorities are incapable of obtaining an ID?

Which minorities are they referring to?

If there is a previous SC decision on the matter (pre-POTUS Justice conf), would a NATIONAL VOTER ID LAW MANDATE using the SC ruling of 2008 (+ common sense logic/arguments) as the LEGAL FOUNDATION, have merit?

Is every other country that has a VOTER ID LAW considered racist?

Federal appellate judges on Friday struck down a 2013 law limiting voting options and requiring voters to show photo ID at the polls, declaring in an unsparing opinion that the restrictions “target African Americans with almost surgical precision.” The three-judge panel of the U.S.

Will the DOJ support the push instead of file legal challenges as [LL] did in the past?

If the SC ruled in 2008 that VOTER ID laws do not impact/harm or prevent ‘minorities’ from voting, how could the U.S. 4th Circuit Court rule opposite?

President Donald Trump has spent his first 18 months in office restocking, and reshaping, courts all across the federal judiciary. Now he has the chance to make his mark on the 4th U.S. Circuit Court of Appeals. Once considered one of the most conservative courts in the country, the 4th Circuit was for years viewed as hostile to civil rights.

Why do D’s want POWER at all costs?

You are the news now.