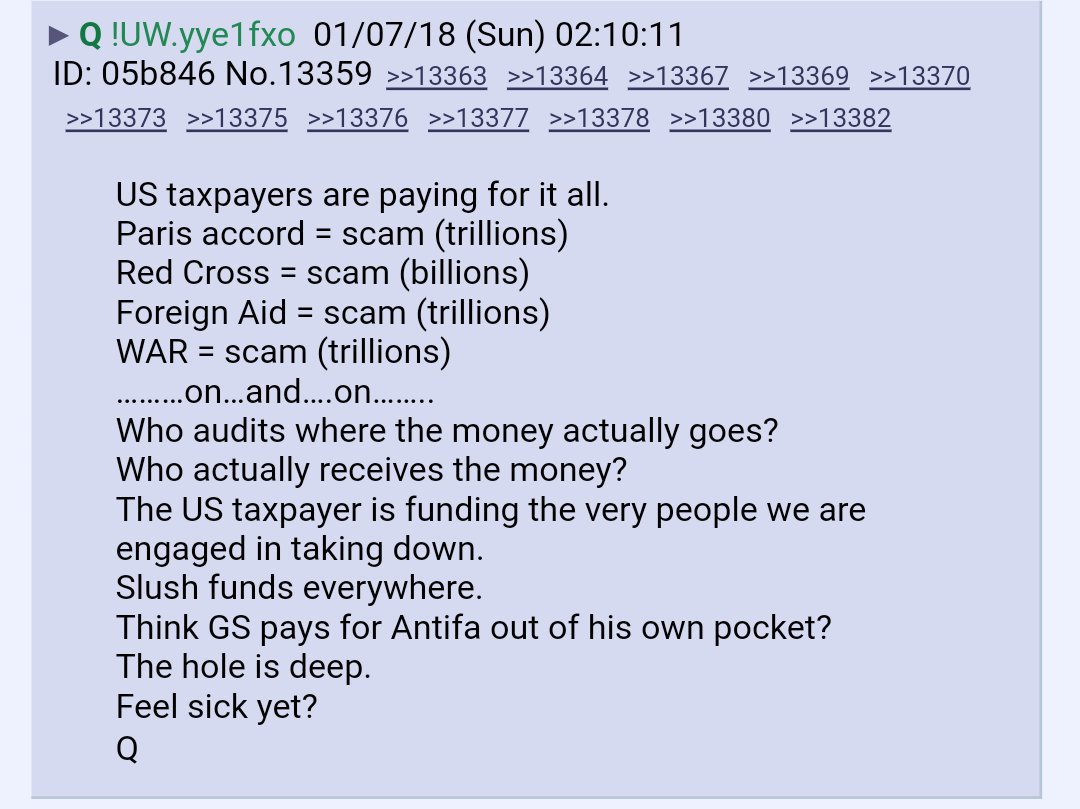 WHERE IS OUR MONEY: In 2015 @BarackObama and @JoeBiden gave #EquatorialGuinea $4.4M in US Aid. In 2016 #Swiss Gov seized 25 supercars valued at $13M belonging to the son of President of EG. He is facing charges of #corruption & #moneylaundering *RETWEET* https://t.co/JBhSdS0Yei

Imagine what would happen, if, by law, every US Congressman/woman, US Senator, President etc. was by US law audited every 1-2 years by an independent agency.

Imagine what would happen if those audits extended to all family members of such ‘elected’ official?

Would D’s continue to push for Foreign Aid to other C’s vs. the Homeland?

What happens when the kickbacks dry up?

Those who take are offered more powerful positions within the party (controlled).